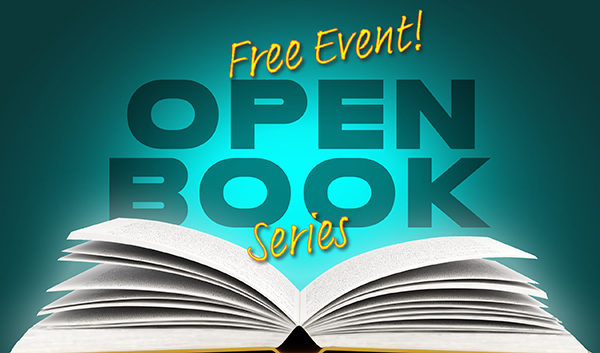 Ivy Pochoda is the author of the critically acclaimed novels Wonder Valley, Visitation Street and These Women. Wonder Valley won the 2018 Strand Critics Award for Best Novel and was a finalist Los Angeles Times Book Prize and Le Grand Prix de Litterature Americaine, as well as being chosen as an NPR and Los Angeles Times Book of the Year. Visitation Street won the Prix Page America in France and was chosen as an Amazon Best Book of the Month, Amazon Best Book of 2013, and a Barnes & Noble Discover Great New Writers selection. Her books have been translated into five languages. Her writing has appeared in The New York Times, The Wall Street Journal, The Los Angeles Times & The Los Angeles Review of Books. Her first novel The Art of Disappearing, was published by St. Martin’s Press in 2009. She teaches creative writing at the Studio 526 Skid Row.

Rufi Thorpe grew up in Southern California, raised by her mother and grandmother. She attended Phillips Exeter Academy for high school, but left without graduating to attend Eugene Lang College in New York where she studied philosophy and literature. After college, she spent some time as a waitress at a poorly run French café before being accepted as a Henry Hoyns Fellow at the University of Virginia’s MFA program, where she learned to fish and wrote two novels that were not very good.

Rufi Thorpe later received her MFA from the University of Virginia in 2009. Her first novel, The Girls from Corona del Mar, was long listed for the 2014 International Dylan Thomas Prize and for the 2014 Flaherty-Dunnan First Novel Prize. Her second novel, Dear Fang, With Love, was published by Knopf in May 2016.And her latest novel, THE KNOCKOUT QUEEN was released May 2020. Rufi lives in California with her husband and two sons.

Ava Homa is a writer, journalist, and activist. DAUGHTERS OF SMOKE AND FIRE (May 2020) is her debut novel published by the HarperCollins in Canada & ABRAMS in the US. Her collection of short stories ECHOES FROM THE OTHER LAND (Mawenzi, Toronto, 2010) was nominated for the 2011 Frank O’Conner Short Story Prize and was one of ten winners of the 2011 CBC Reader’s Choice Contest, running concurrently with the Giller Prize. She is also the inaugural recipient of the PEN Canada-Humber College Writers-In-Exile Scholarship.

​She has a Master’s Degree in Creative Writing from the University of Windsor in Canada, another in English Language and Literature from Tehran, Iran, and a diploma in editing from Toronto. A Writer-in-Residence at the Historic Joy Kogawa House, BC (2013), George Brown College, Toronto (2012), R. D. Lawrence Cultural Centre, Minden Hills (2011), and the Open Book Toronto and Ontario (2011), Homa has taught Creative Writing and served the editorial board of Write Magazine as well as the National Council of The Writers’ Union of Canada.

Maddie Margarita is a writer and the host of CHARACTER FLOSS THE PODCAST on Authors on The Air Global Network, iTunes, Spotify and other major podcasting platforms, and Lit Up! OC –a monthly writer’s salon in Orange County, CA. She serves on the Boards of Sisters-in-Crime OC, and the Southern California Writers Association. Her short stories can be found in IT’S ALL IN THE STORY – CALIFORNIA, an anthology of short fiction.

This is a free event, please RSVP: https://us02web.zoom.us/meeting/register/tZUoc-GuqTwoHdWCpBNQ0XQclk1RCLSluYMG