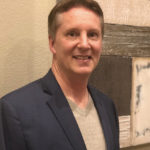 Mr. Bailor is a seasoned museum professional who served as Vice President, Operations of the Tech Museum of Innovation in San Jose, where he has been part of its executive team for nearly twenty years. In that capacity, he manages eight departments, works closely with local schools districts and city government, develops exhibitions and educational programs, and plays a key role in fund raising for the 35 year old institution which has an operating budget of nearly $20 million.

Mr. Bailor also serves on the Board of Directors of the California Association of Museums, a statewide service organization working to make all California museums and community centers stronger. Prior to joining Tech Museum of Innovation, Mr. Bailor worked for more than a decade in management with Great America Theme Park in Santa Clara, California. He grew up in California and holds a bachelor’s degree with distinction from San Jose State University.

“Bill Bailor is a great match for MUZEO, bringing outstanding experience in museum leadership, fundraising and government relations that will be key elements to the future success of this young and vibrant institution,” commented Curt Pringle, Chairman of the MUZEO Foundation Board of Directors.

“As a frequent visitor to Anaheim I’ve greatly admired its downtown renaissance, of which MUZEO has played an important role. I have a real passion for community engagement, and look forward to working with the Board to guide MUZEO’s continued evolution as an exciting place that brings people together for extraordinary experiences,” commented Mr. Bailor.

Mr. Bailor was selected during a national search conducted by Arts Orange County, the countywide nonprofit arts council, and will begin work on February 4. He will reside in Anaheim.

Your ticket for the: Muzeo Appoints New Chief Executive Officer